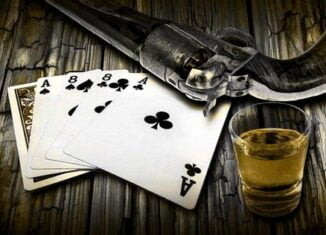 Dead Man’s Hand is a poker hand that is associated with bad luck. It was the hand “Wild Bill” Hickok was holding when he was murdered in 1876. Bill Hickok had two pairs of black aces and black eights in his hand. In addition to this his fifth card is unknown and is still speculated about. However, the term ‘Dead Man’s Hand’ is associated with a number of superstitions. James Butler Hickok (May 27, 1837 – August 2, 1876) was a popular figure of the American Wild West. Although the hand has a lot of psychological and historical value, it is not a very valuable hand.

On August 2, 1876, he was at Nuttal and Mann’s Saloon in Deadwood, Dakota Territory, playing five-card stud poker with other more or less successful gamblers.

He was an excelent poker player. His name is also in the Poker Hall of Fame. Another player, a local drunkard, shot him in the back of the head and killed him, Jack “Crooked Nose” McCall, with whom he had played a day before. McCall’s motives for the shooting him were not clear. Possibly related to some unconfirmed past events. 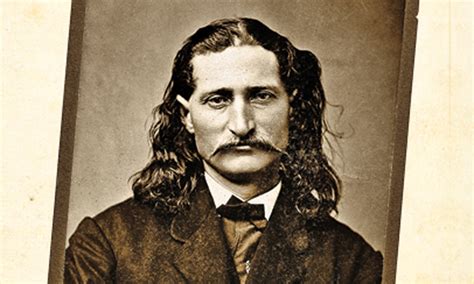 Hickok died instantly, and McCall was executed by the state seven months later.  The trial began on December 4 and it only took two days for the jury to find McCall guilty. On January 3, 1877, he was sentenced to death, and on March 1, 1877, he was executed by hanging. He was the first person in Dakota Territory to be executed by federal officials.