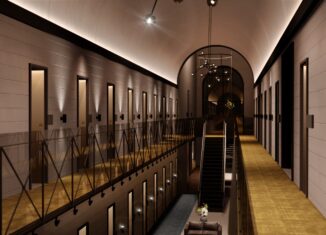 There are some really weird stories from casino world or even beyond. However, there are lots of them out there – and here are a few of the most bizarre we’ve ever heard.

Casino Slots Were Not Invented To Be Played In Casinos

The world’s largest casinos have thousands of slot machines under one roof. These days they’ve evolved into online slots websites to make them more accessible to the general public. Millions of individuals around the world are playing their favorite slots in the privacy of their own homes. Online slots may eventually be replaced with holo-slots as technology advances.

In 1895, a technician named Charles Fey created one of the first slots. Charles was not employed at a casino or a bingo hall, and he was not a frequent gambler. His ‘Liberty Bell’ game was merely a way for his customers to pass the time while waiting for Charles to finish working on their vehicles.

Anyone with even a tiny little bit of common sense knows that if you see a mushroom cloud from a nuclear explosion, you should flee as rapidly as possible in the opposite direction. Even yet, if you’re close enough to the blast, it’s unlikely to save you. The US military and Department of Energy began a test program in the 1950s that involved detonating hundreds of test nuclear bombs in the desert about 70 miles north of Vegas.

The explosions illuminated the sky and produced massive mushroom clouds, attracting people. At one point, nuclear bomb tourism was so popular that hotels created a detonation schedule for guests so they wouldn’t miss their chance to see a bomb detonate. Visitors were advised that as long as they showered after witnessing the “light show,” they would be fine. This was poor advice.

The Nevada State Prison casino was authorized to open, it remained open until 1967, when the state government decided to close it down. In jails, inmates frequently wager on everyday events to pass the time while serving their sentences. However, the inmates of Nevada State Prison in the 1930s were uninterested in such boring gambling. To keep themselves engaged, they established a fully functional in-prison casino.

A poker room, a separate sports betting, and even a blackjack and craps tournament were all available. The casino’s proceeds went to the prison’s inmate welfare fund, and the inmates and wardens were well-fed. The only real surprise is that it took so long to shut down the enterprise, as it clearly goes against the basic objective of a prison.