Skip to content
You are here
Home > Gamblers stories > 2 Magic Reasons For Happy Day. Who, When And Where? 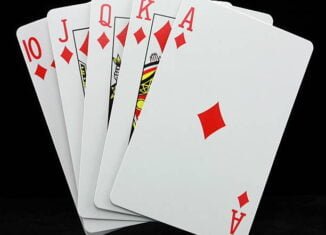 From $5, making $1 million…one man got 2 magic reasons for happy day!

December 2018, saturday afternoon will forever replay in mind of Harold McDowell. 85-year old Irish from New Jersey. He shocked his wife when he won $1 million from $5.00, while gambling at the Borgata Hotel Casino, Atlantic City. Harold played Three Card Poker at Atlantic City Casino alongside his wife. However, he instinctively placed a $5 bet on the six card bonus. Lucky old man got an Ace, a queen, and a 10-all diamonds. The dealer had a king, a jack and a nine, all diamonds. Harold had a six-card straight royal flush which was worth the $1 million payout. Indeed, McDowell was stunned.

They were not playing on the same table with his wife but had their backs to each other. When Harold realized he had just won $1m, he turned and told his wife about amazing win.

“I happened to be playing next to my wife. Had my back to her.” McDowell told The New York Post. “I turned around and said, “I just won a million dollars.” “She told me, “You’re full of crap.”

Moreover, before he won the Borgata’s most elusive casino jackpot, his wife had been declared cancer free. Mrs. McDowell was diagnosed with Liver and Colon cancer. And in just a few hours, his wife was declared cancer-free, and he won $1m. What a happy day!

“It must be luck of the Irish,” McDowell told The New York Post. “They’re both great news.” “Our lives will probably stay pretty much the same, but it might get better for our children,” he continued. “It was better news that she’s healthy. Money isn’t the most important thing.”