Skip to content
You are here
Home > Betting > Dutch police are looking into €3000 in match fixing bets. 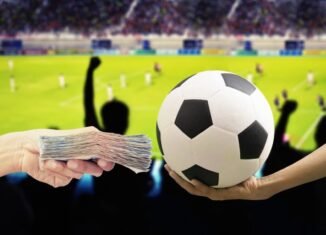 The Dutch police were notified after representatives of the betting industry noticed unusual betting patterns. One gambler wagered €3,000 on five bets with the same bookmaker  and won €13,000. Two more were set to earn around €1,000 each. According to a police spokesman, the incident is being investigated as a possible case of fraud.

‘We are taking it very seriously. As soon as the initial reports reached us we started an investigation.

On Monday, Sparta Rotterdam confirmed to Nu.nl that their defender, Tom Beugelsdijk, was at the center of the allegations. The winner of the €13,000 bet is said to be a close neighbor. Despite the ongoing police investigation, Beugelsdijk, 30, will be allowed to play the rest of the season.

Marjan Olfers, professor of sports law at the VU university in Amsterdam said:

“The Netherlands is a kind of blind spot. Until now we’ve never had a match-fixing case that led to a prosecution. I welcome the fact that the public prosecution service are going to see if there is more to this case.”