Skip to content
You are here
Home > Casino > 3 Slot Machines That Could Really Pay 10,000X 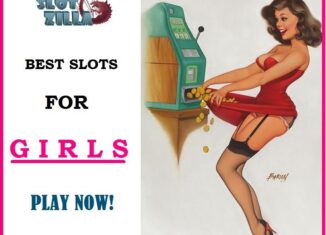 Which slot machines could really pay 10,000X? It’s not uncommon to see software providers brag about how much their games can pay in today’s fast-paced slotting world. “Win over 50,000X your stake” is becoming increasingly common in many online slot game screens. However, the likelihood of winning anything close to this sum of money is extremely rare. But, there are a couple of video slots where you can win these kinds of amounts.

Dead or Alive II is the sequel to the original Dead or Alive online slot, which was released in 2009. It’s Wild West-themed slot with a 5-reel, 3-row, and 9 fixed paylines layout that can be played for wagers ranging from €/$0.09 to €/$9. It pushes the boundaries of volatile slot gameplay to the maximum. It’s without a doubt the game that has produced the largest wins ever witnessed. DOA 2 has incredible win potential, with the many players achieving wins of 10,000X, 20000X, and more. If you google it you can even find few screenshots of players breaking the 100,000X barrier.

Gonzo’s Quest is one of the most well-known and successful video slots of all time. The Gonzo’s Quest Megaways online slot contains a staggering 117,649 ways to win, as well as a slew of other exciting features. Wins can be multiplied by up to 15X during the free spins. Winning cascades can last for a long time thanks to a semi-sticky wild. This game is outcome of Red Tiger Gaming and NetEnt’s collaboration. There are also a lot of 10,000X+ wins on Gonzo’s Quest Megaways.

Jammin’ Jars is a slot that can be extremely volatile. It doesn’t have the classic characteristics of a video slot, but it does offer very fun gameplay. Funky pop music, glistening disco balls, and traditional fruit symbols transport you back to the beautiful 1970s. It is an 8×8 cascading grid slot with wild substitutions, unlimited win multipliers, a random rainbow feature, and a free spins round with roaming wilds. While the random Jars feature has some potential in the base game, the majority of the big wins occur during the free games round. Wild multipliers multiply against one another in the bonus round. If all three or four jars are involved in the win, you can hit a really enormous win.