Skip to content
You are here
Home > Casino > Red or black, double or nothing 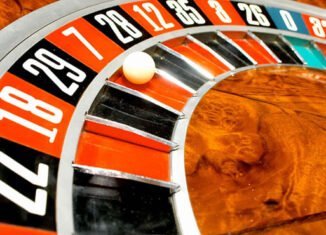 2004, online live dealer casinos were at start and there wasn’t to many options as there are today. People mostly had to travel to landbased casinos to play. In 2004 was year when British professional gambler Ashley Revell played all in on roulette. He sold all his possessions, including his clothes, and to go for the ultimate bet. He gambled $135,300 on a SINGLE spin of a roulette wheel in the landbased Plaza Hotel & Casino in Las Vegas, Nevada. This event was filmed by Sky One as a reality mini-series titled Double or Nothing.

Revell used this money to set up his own online poker company called Poker UTD.