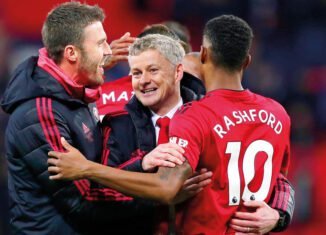 Man Utd fans have spent countless hours discussing this question. Given the sheer number of iconic players who have called Old Trafford home down the years, is almost impossible to definitively answer this question. Norwegian played for Manchester United between 1996 and 2007 period encompassing some of the club’s finest-ever moments.

If you could choose a Manchester United legend to be in the current squad, who would it be and why?

Solskjaer: I’d sign Keano every day of the week, Roy was so influential but then again, I played with Cristiano and he’s been the best player in the world alongside [Lionel] Messi for the past 10 to 15 years now, so Cristiano.

Ole Gunnar Solskjaer ended up opting for two players he shared a dressing room with. Both hungry and driven characters who took no prisoners in the ultimately fruitful pursuit of greatness. When it comes to the notoriously no-nonsense Roy Keane, Ole jokes he wouldn’t relish the prospect of managing him.

During the first part of his latest fan Q&A he was also asked to pick his small-sided team by one supporter from Nigeria, Sharon. Ole must choose between players he shared a dressing room with throughout his iconic playing career at Old Trafford.

Ole’s ultimate five a side team