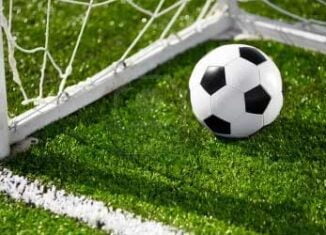 Since soccer is the most popular sport in the world and soccer/football betting is easy to learn. People enjoy watching football, so many people dream of winning a life-changing amount of money from football betting. Placing ambitious football accumulators on Saturday afternoon is almost a tradition in the UK thanks to games played in the Premier League, EFL Championships and across the rest of English football.

One of the biggest football bet ever won goes back in 2001 when Mick Gibbs. Imagine, he won a £500,000 windfall after placing 30p on a bet! 15-fold accumulator with odds of 1.6 million to one. Micks correctly predicted the champions of all four professional English football leagues, the Conference. The National League was known by that name back then. Also he predicted the correct winners of cricket’s County Championship and rugby union’s Premiership. By May 2001, the 15-fold accumulator bet needed only Bayern Munich to beat Valencia in the Champions League final and, after a 1-1 draw. Bayern won on penalty shootout! Mick Gibbs won the bet!

This wasn’t the first time ambitious Gibbs had hit an impressive fold accumulator. He also landed amazing 62,000/1 win two years prior, which netted him £157,000 from a £2.50 stake.

Leicester City winning the Premier League in 2015-16 with 5000/1 odd offered by bookmakers, maybe one of the biggest publicly known single football bets ever won. One punter making over £72,000 from a £50 stake after cashing out early in March. And if waited and let his bet run for just a few more weeks it would paid out  £250,000.