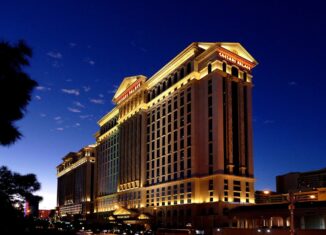 William Hill stated that it is pleased to announce that the deal will proceed.

After being approved by a court on Tuesday, the £2.9 billion takeover is expected to take place next week. The acquisition of William Hill by US gambling titan Caesars is expected to be the largest shift in gambling industry ownership in recent history. However, Caesars just wants to run the US side of the business. And will sell the rest of the brand once it has purchased it, according to the company. Private equity firm Apollo Global Management and 888 Holdings are rumored to be interested in buying the European arm of the brand.

In the year 1961, The company began as a postal/telephone betting service for William Hill.

1966 was the year William Hill invests in betting shops and begins to acquire existing businesses. Over the next several decades, acquisition will be a major driver of the company’s growth.

Mr William Hill, the original founder of the company, dies after retiring from the business in 1970. The company is absorbed into the Sears Holdings Group.

Grand Metropolitan, the owners of Mecca Bookmakers, purchased William Hill in 1988 and merged the two companies under the William Hill name.

Brent Walker buys William Hill in 1989. At that time Will Hilll has 1,800 betting shops and the world’s largest betting operation.

Accepting football pool coupons in betting shops became legal in 1994. But the introduction of the National Lottery posed a threat to William Hill’s profitability.

Finally William Hill goes online with the launch of the betting service, Sportsbook, 1998.

1999-2000 – When the company was sold to Cinven and CVC Partners for £825 million, a planned stock market float was scrapped. Then William Hill introduces an offshore telephone betting service. Company becomes the first major bookmaker to offer a deduction-free betting service to UK-based clients via the internet.